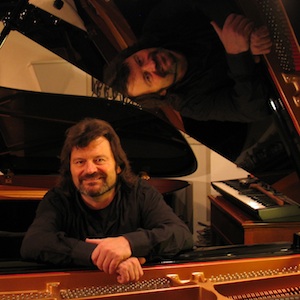 David Rees-Williams began his musical career as a chorister at New College Oxford, where the rich variety of musical styles performed by choir and organ were to make strong and lasting impressions. From there he won the top music scholarship to Cranleigh School where he studied piano, oboe & organ. He studied at The Royal College of Music from 1979 and graduated from there with a B.Mus (Hons) in 1981. While still a student, he held posts as organist at two London churches.

Apart from his concert work with his trio, and as a soloist on piano and organ, he teaches piano in Canterbury, both at The Kings School and privately.